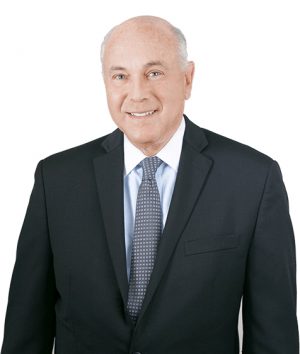 Mr. Meyer is an Adjunct Professor of Law at St. John’s University School of Law in New York City where he teaches “Transactions in Emerging Markets”. In 2009, St. John’s bestowed its annual Dean’s Teaching Award upon Mr. Meyer for his outstanding qualities as a teacher. Mr. Meyer is a member of the Executive Council of Fairleigh Dickinson University’s School of Public and Global Affairs and lectures there on Foreign Investment in Emerging Markets.

In 2007, St. John’s University School of Law conferred upon Mr. Meyer the degree of Doctor of Laws, honoris causa, describing him as “a pioneer in promoting the rule of law in Central and Eastern Europe since 1990.” In 2004, Mr. Meyer was named a Harvard Law School Traphagen Distinguished Alumnus for his “great skill in the economic, legal and political transformation of a developing region”. In 2011, Fairleigh Dickinson University conferred the degree of Doctor of Humane Letters, honoris causa, upon Mr. Meyer lauding him for: “embracing the promise of other cultures, working tirelessly to promote the rule of law in a developing region and building international relationships based on mutual cooperation.” He is also the recipient of Fairleigh Dickinson University’s Pinnacle Award, its highest honor for distinguished alumni. Mr. Meyer has been Chairman of the Romanian-American Chamber of Commerce, which is the largest bilateral trade organization in the world devoted to Romania, since 1990. Mr. Meyer has received the Libertatea Award as one of the ten most significant persons in the world to Romania. He is also Vice President of the Congress of Romanian-Americans (the only non-Romanian-American officer of the Congress), and the author of numerous articles in international publications on a wide variety of legal issues. Mr. Meyer lectures widely throughout the United States and Europe on legal aspects of doing business in the region. He was once an Assistant District Attorney in New York County, where he prosecuted offenders indicted for crimes such as rape, robbery and attempted murder, and he taught as an Instructor of Law at Boston University School of Law. He is a graduate of Fairleigh Dickinson University, St. John’s University, and Harvard Law School.

The former President of Romania, H. E. Emil Constantinescu, appointed Mr. Meyer in May 1999 as Co-Chairman of the Presidential Commission on the Improvement of the Business Environment in Romania. The Commission, which included representatives of the Government, Parliament, labor and the business community, held public hearings throughout the country and presented a comprehensive report to the President which contained numerous recommendations that have since been enacted into law.