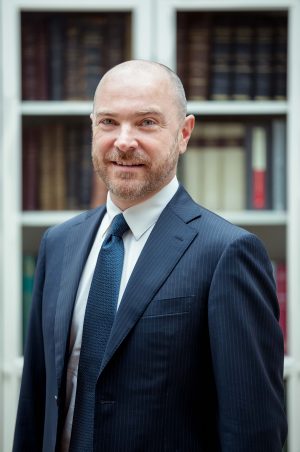 Corin Trandafir graduated from the University of Bucharest in 1991 and was admitted to the Bucharest Bar that same year. He is a Fulbright Scholar having studied at St. John’s University School of Law in New York City. He also received a diploma in Comparative Law from La Faculte Internationale de Droit Compare in Strasbourg, France.

Mr. Trandafir specializes in corporate, banking, intellectual property and privatization law. He has advised buyers in many of the largest privatization transactions in Romania and is one of the country’s leading experts in antitrust and competition law matters having successfully stewarded the largest and most complex privatization thus far in Romania through the Competition Council in a first-of-its-kind procedure that has set the precedent for future applications before the Council.

Mr. Trandafir also specializes in international arbitration and has been successfully engaged in numerous arbitration proceedings throughout Europe.