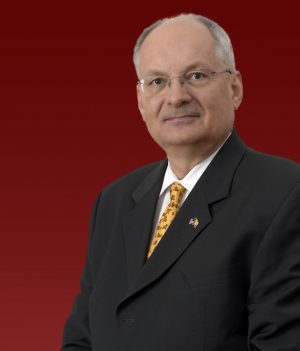 For more than 25 years, Eric Rose has concentrated his practice in the global aspects of business development, specifically including mergers, acquisitions, privatizations, technology transfers, antitrust counseling, and domestic and international commercial transactions. Mr. Rose has served in several senior in-house counsel positions at leading companies such as American Standard, Tyco Toys, and John Deere. Since 2003, he has been in private practice, representing mid-tier domestic and international equipment manufacturers in the defense, natural resources, and service industries. Mr. Rose has led M&A and other complex transactions in the U.S. and more than two dozen countries on five continents. These representations have included the organization and strategic direction of manufacturing and/or distribution subsidiaries.

Past President, Iowa Society of Int’l Law and Affairs